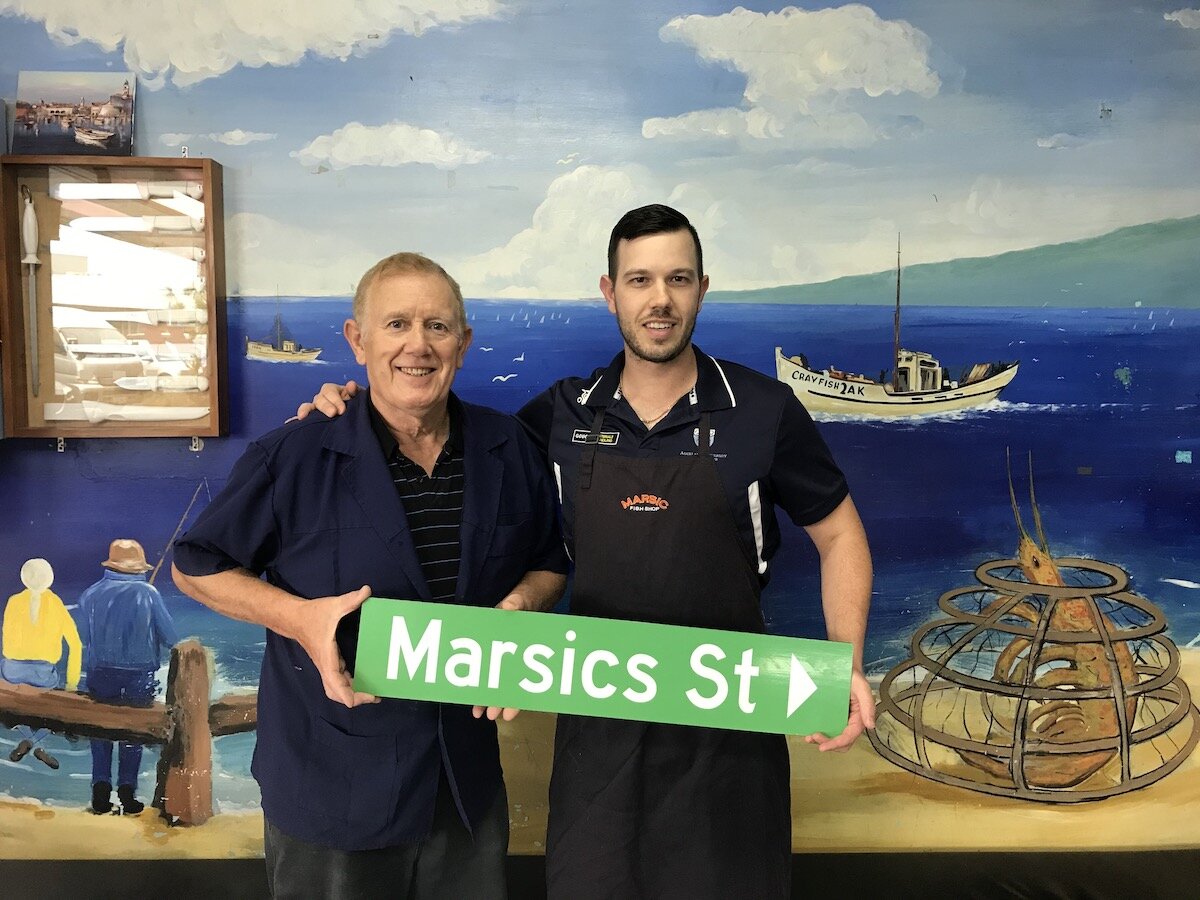 Marsic Fish Shop is such a Glen Innes institution, the family behind it now have a new street named after them. The original Marsic brothers, Ivan and Wally, first opened their doors on Mayfair Place in 1967. Ivan retired in 2017.

Now Wally, his son Daniel and daughter Stephanie represent the next two generations of the shop’s
operation. Daniel was kind enough to speak with us while Wally took a much-needed break after getting up in the early hours to buy fresh fish at the fish market and prepare the store. He says the family got a look at their street sign in the new Fenchurch development in the early stages, when it was first installed.

“We really noticed [it was there] when courier drivers were making deliveries at the shop instead of the street. I guess that’s how popular we are,” Daniel says with a smile.

The Marsic family were very humbled by the street sign and are proud to be a foundation establishment of the Glen Innes community. Tāmaki Regeneration Company also gifted them a replica street sign, which they keep hung on a wall in the shop.

“We were all very proud because Ivan and Wally have been here a long time, and we like to think that we’re part of this community,” Daniel says, in between serving customers.

The shop continues to bustle along with phones ringing in orders and customers whipping in and out of the doors all these years later in 2020.

“The shop is run well because we try to be the best, which means being here,” says Daniel. “We know what fish is coming in, what goes out, and what people like to buy. It’s a consistency thing”.

Perhaps it is that consistency that has garnered the landmark shop such a good reputation through the generations and the family is now deservedly recognised with a street named in their honour.