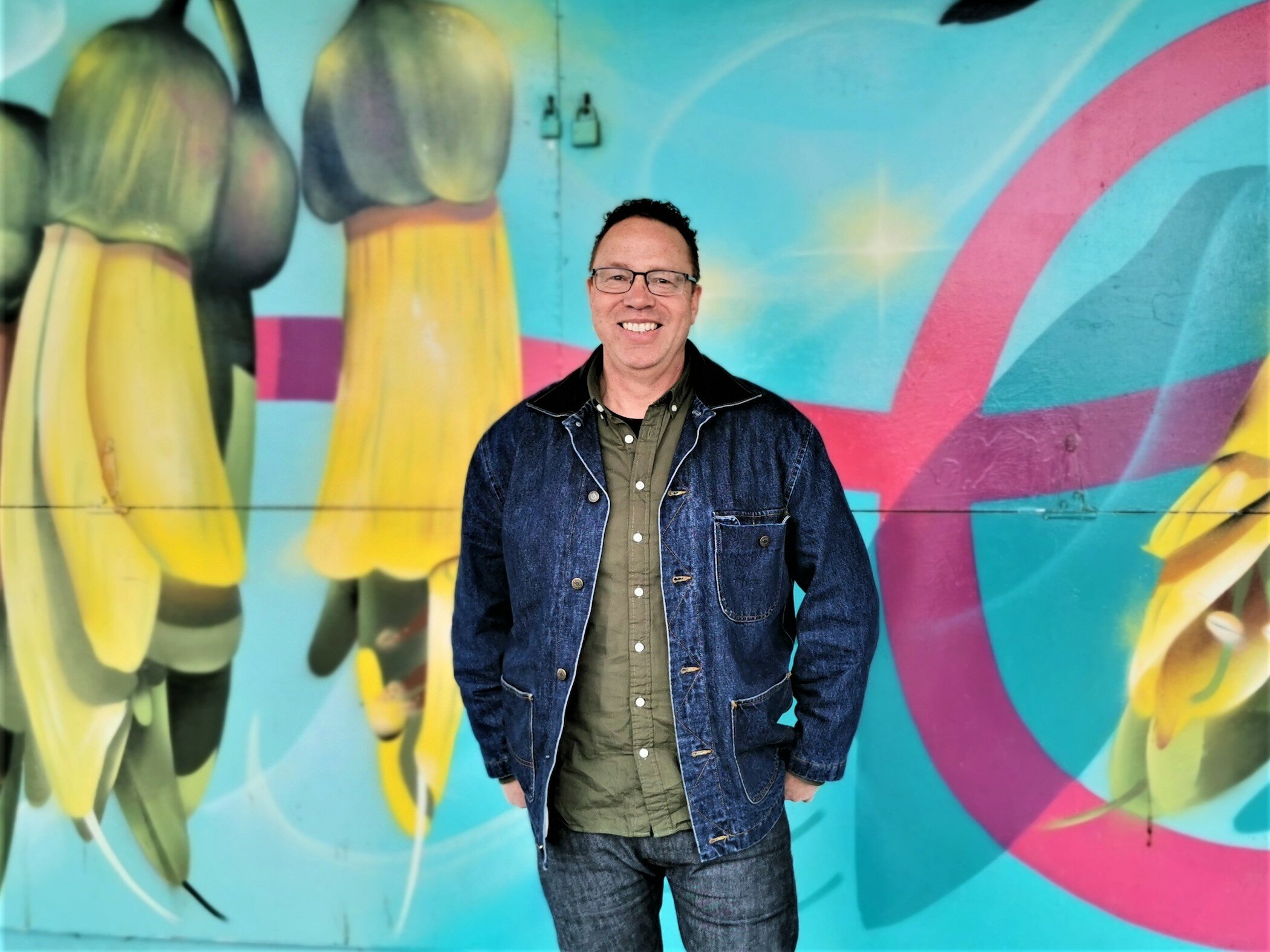 The role of a Community Engagement Manager involves spending a portion of the week behind a desk working on policies, documents and strategies. While he values this, the part that Sjimmy Fransen loves best about his job at Tāmaki Regeneration Company is getting face-to-face with the diverse groups that make up this unique community - and understanding what really matters to them. It’s a theme that has run right through his life; helping people, working in partnership, up close and personal, at the coalface of community issues.

Sjimmy was always destined to work with people, especially minorities and groups affected by historical factors. Being of Dutch and Suriname Creole descent, his understanding of the challenges that cultural differences can present runs deep. His dad was a leader in his community in Suriname so the seed was planted early and coming to New Zealand speaking no English at the age of 11 also made Sjimmy well aware of what it’s like to be a minority trying to adapt.

“I guess maybe I enjoy working with different cultures as I can identify with where they are coming from and what they might have suffered, but can still work with them in a strengths-based way. I was an immigrant raised by a single mum who worked long hours to put food on the table. I know it wasn’t always easy. Almost all the work I’ve ever done is with people experiencing marginalisation or structural inequity. It's important to restructure systems so that the interaction between the people and organisations is empowering.”

When Sjimmy, and his mother arrived in New Zealand, they lived in a predominantly Māori neighbourhood. “As a young person I assimilated more into that community and families with those cultures - while still retaining my own of course - and that was my introduction to New Zealand. At college I formed a youth group and was highly engaged in what was happening politically at the time - the Springboks Tour protest of 1981, the land rights marches in the early 80s and Hikoi ki Waitangi, just before the Waitangi claims settlements commenced. My relationship with mana whenua comes from those days and the relationships formed in that space from those times."

These relationships are still very relevant in both Sjimmy’s current role and his personal life. All his six kids have gone through kōhanga reo and kura and at work, a lot of his role is continuous communication with representatives from Ngāti Pāoa, Ngāi Tai ki Tāmaki and Ngāti Whatua Ōrākei, other iwi and Ruapotaka Marae on what Tāmaki Regeneration is proposing at each stage. “The Tāmaki area is of huge significance to several iwi. Mokoia pā was arguably the largest Māori settlement in the country and had significant horticultural areas. The Tāmaki River/Te Wai o Taiki, was the highway for waka and a space where many iwi intermingled. There are many people in this area who are direct descendants of the people from these pā and this is obviously very important to remember as we progress with this regeneration.

Sjimmy has worked in many community roles over 35 years (including working with homeless youth on Auckland's streets, working in community and public health, community development work, drug and alcohol education, economic and social development, and founding leadership programs) but it’s in this job that he’s seen some of the most genuine collaboration with iwi ever. “I’m really proud to be working with a team who is not just doing this because it’s required by law. At Tāmaki, iwi engagement is now done organisation-wide and everyone has made it a priority to understand the history of this area so we can work closely with the people of Ngāi Tai ki Tāmaki, Ngāti Pāoa Iwi Trust and Ngāti Whatua Ōrākei and Mataawaka on all matters. We’re building personal relationships and partnerships so we can work through anything we haven’t got right - it's always a work in progress. This is the way it should be done all over New Zealand and I feel very blessed to be part of it.”

As well as Māori and Pākehā families, many Pasifika families made this area their home over the years and there were significant market gardens led by Chinese families such as the Seto clan, who worked land on the western bank of the Tāmaki River. “People have formed strong communities here and we want to build on that". There is an amazing social interconnectedness in Tāmaki - families really care about each other here and we know we need to do this right to retain that sense of togetherness. My role is to help people understand and navigate them through this transition so they are living in better conditions but still retaining that connection to the land and the community they've built.”

#Community
Back View all